How water chemistry affects the important things in life.

If you’re anything like me (and millions of other people on this beautiful rock), your day starts with a cup of a life-giving juice known as coffee, you celebrate the end of a hard week with a tasty adult beverage, and rely on steam-driven turbines to keep your lights on. What do all these life necessities have in common? Water.

It is universally understood water is essential to life. Your morning Joe, favorite craft brew, and power plant wouldn’t be as amazing without one important factor; Quality.  In this blog, I’m going to dive in (pun intended) and explain that all water is NOT equal; and why it matters.

Water, more commonly known as Dihydrogen Monoxide, is one of the most prevalent compounds on Earth. Occurring when 2 Hydrogen atoms attach themselves to an Oxygen atom; water in some form is present nearly everywhere we go.

Water is somewhat unique because it contains both positively charged hydrogen atoms and negatively charged oxygen atoms. This quality of water makes it interact very easily with ions, atoms with a net charge. When ions join together, they create ionic compounds, the most familiar being NaCl, or salt.

Water is also a very powerful force. It is extremely dense, and its density changes proportionally with temperature. The density and charge of water make it very diverse; able to conduct electricity, draw elements from the surfaces it touches, and cause massive destruction.

Probably the most familiar but least understood property of water is pH. Simply put, pH measures the number of ions, specifically positively charged Hydrogen ions, in a liquid. More specifically, pH is the negative of the number of Hydrogen atoms in the solution.

The pH of water is important because it affects how water interacts with its environment. Pure water is neutral, so it will mildly interact with ions around it. When making your morning cup of Joe, or brewing a delicious beer, this neutrality directly affects the taste of the final product and how efficiently it is produced. If the water is too basic or too acidic, the product is not going to taste right.

In a Boiler or other steam cycle, the pH of water has a direct impact on the corrosion rate of metal. This is not only important for the Boiler from a safety standpoint, but also lowers the ability of the plant to transfer heat; either from the corrosion layer built up directly on heat transferring surfaces (like boiler tubes) or clogging of flow channels. This is important to any appliance that applies heat to water; like the water heater in your home and the engine of your car.  “Pure water” is around 7.00, which is neutral; but it will naturally lean acidic when exposed to air because it absorbs carbon dioxide. Since acids are more corrosive, “quality” water is typically maintained with a pH of around 8.00, slightly basic.

Hydrogen ions are not the sole player in water quality. Many different ions, normally from minerals, affect the quality of water. Some of these ions are desirable, such as the ones used to control the pH in Boilers, or the ones required to activate yeast or interact with the beans that flavor your coffee. These minerals come from the ground the water contacts, so they vary based on the water source.

In a steam cycle, the water pH is often controlled by filtering out undesirable ions with an “ion exchanger” and adding specific ions to make the water more basic, like ammonia. This allows a steam plant to use distillation or reverse osmosis to clean the water of other minerals, such as Sodium (Na), Chlorine (Cl), or Manganese (Mg), which react with metals in the plant in an undesirable way.

For coffee or beer, it is more desirable to use “purified” water, since it still contains natural minerals needed in the process of creating these life-enhancing liquid gifts. Since the human body also runs primarily on electrical charges, purified water is considered superior to distilled water, since it retains some mineral content. If you have ever experienced muscle cramps after an intense workout, you know first hand what happens when the minerals in your blood become depleted. This is why dehydration is treated with Saline solution (0.9% Sodium Chloride) instead of pure water, and why sports drinks contain a large amount of sodium.

In a Boiler however excessive minerals will be concentrated in high heat areas (specifically the tubes) and will cause a crust to form on the tubes, known as scale. Scale is bad for two reasons; one, it forms an insulating layer on the tubes, requiring more heat input in the boiler to get the same heat output to the feedwater, lowering plant efficiency. This increased heat also creates concentrated high-temperature areas, which promote rapid corrosion and can even exceed the design temperature of the metal, leading to failure.

If you ever watched Survivorman or Bear Grylls, then you know you can’t drink just any water. Your best bet is to filter the water through charcoal, or maybe some weeds and a sock. In a pinch, I guess you can drink urine (probably not good for coffee or beer though, definitely not recommended for Boilers). However, water treatment in non-emergency survival situations is better left to the use of Reverse Osmosis and Distilling Plants. Distillation is a pretty simple process, water is boiled, the steam produced leaves behind practically everything besides the Hydrogen and Oxygen molecules, and the mix is filtered and cooled to form practically pure H20. While this is great for applications requiring extremely pure water, it also removes most minerals, which can make for bad coffee or beer.

Reverse Osmosis is probably the best overall method of water purification. Osmosis is the process by which two solutions separated by a semi-permeable membrane (a barrier that allows some passing of molecules back and forth) will attempt to equalize. Basically, clean water will pass to dirty water through a membrane until one side is concentrated dirt and the other side clean water. In this process, clean water already exists. Reverse Osmosis uses this same idea but in the opposite direction. In Reverse Osmosis, the idea is to take dirty water and force clean water to one side of a membrane, concentrating the dirty water. By applying pressure to the membrane (Osmotic Pressure), the unwanted content of the water will stay on one side of the membrane, and water molecules will be forced to the clean side.  The “clean” water is collected as treated water, and the concentrated “dirty” water can be discharged or reused for other purposes.

Charcoal filtration is still used extensively in Reverse Osmosis water treatment, as charcoal removes a lot of contaminants that would otherwise clog or destroy the membranes used in the RO units. The biggest offender being Chlorine.  Chlorine is used in practically every municipal water treatment process. Chlorine is very effective at removing bacteria and other contaminants from water. When you go to a pool, for example, the heavy Chlorine smell results from added chlorine combining with a contaminant such as ammonia, releasing Chlorine gas. Chlorine is highly corrosive, and can easily destroy the sensitive membranes of an RO unit. Charcoal filters remove Chlorine and other contaminants so that the RO unit only has to remove ions and minerals.

The final step in making purified water is to ensure that undesirable ions are removed. As previously discussed, ions such as Sodium, Chloride, and Manganese are undesirable to Boiler plants. To remove these ions from water, tanks filled with millions of tiny plastic beads called “resin” are used.  These “Ion exchangers” or “Demineralizers” are designed to remove positively charged ions (Cations), negatively charged ions (anions), or both. The charged resin interacts with oppositely charged particles (Sodium for example is a positively charged ion, and Chloride is a negatively charged ion), attaching those undesired ions to the resin bead and passing clean water through. Eventually, the resin will become full of the undesired ion it removed and will either have to be flushed and recharged; or replaced.

Hopefully, you now appreciate the difference between water and GOOD water. Next time you wake up to that Folgers in your cup or enjoy a sip of your favorite IPA, thank the centuries of Chemists that blessed us with better water.

To find out how Fossil Consulting Services can help you be your best, visit our services page or contact us for more information. 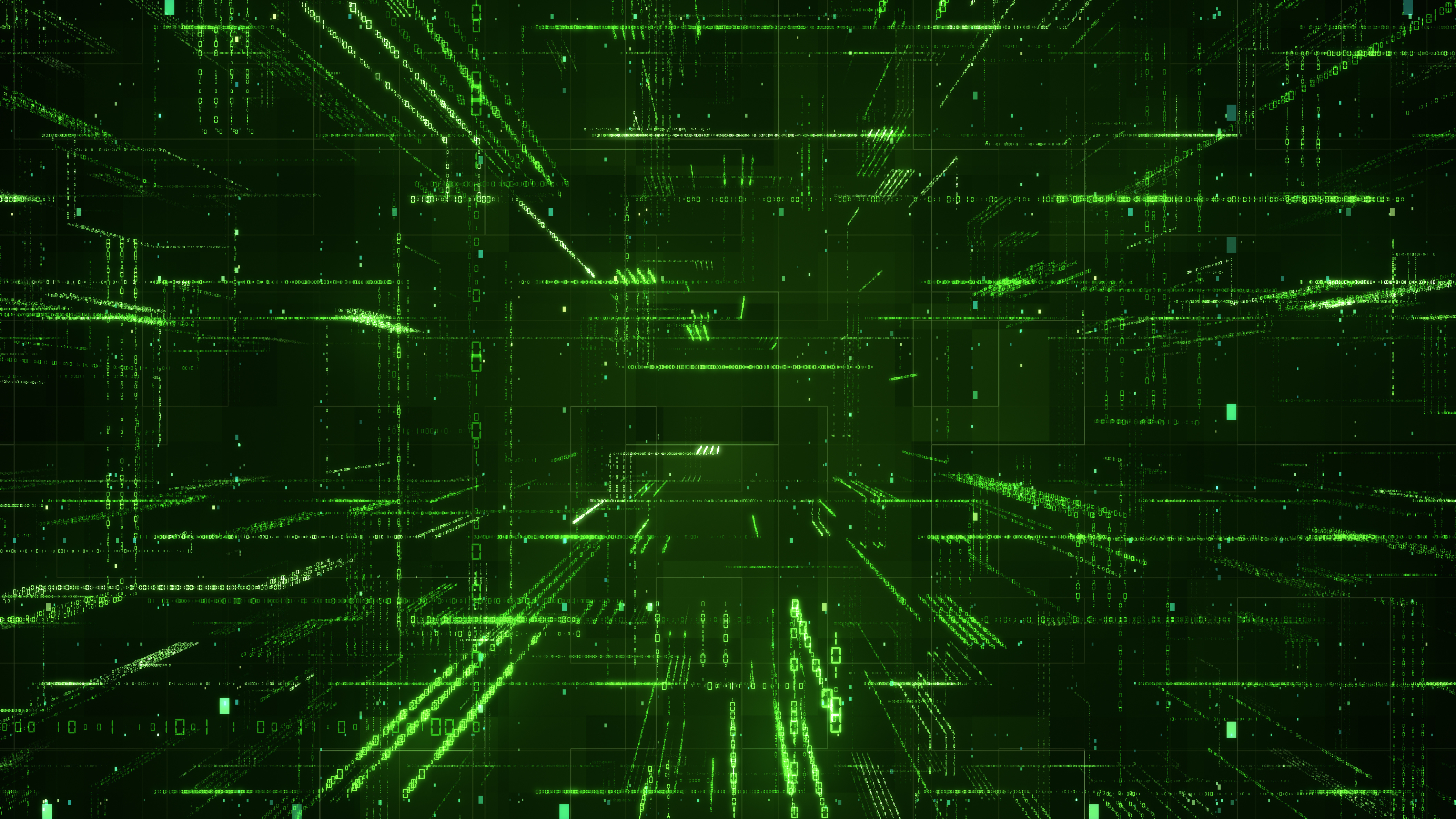